MANSORY PRESENTS A COMPLETE VEHICLE CONVERSION BASED ON FORD GT

While Le Mans is already a place with a special racing history – and has already been ennobled by Steve McQueen with his film adaptation of “Le Mans” – the film “LE Mans 66” has once again focused on one of the most powerful and spectacular vehicles in automotive history.

So what could have been more obvious to refine the new edition of this legendary vehicle – which should not be missing in any renowned collector’s garage worldwide – under the new abbreviation “Ford GT” by MANSORY and thus make it even more desirable? The result: 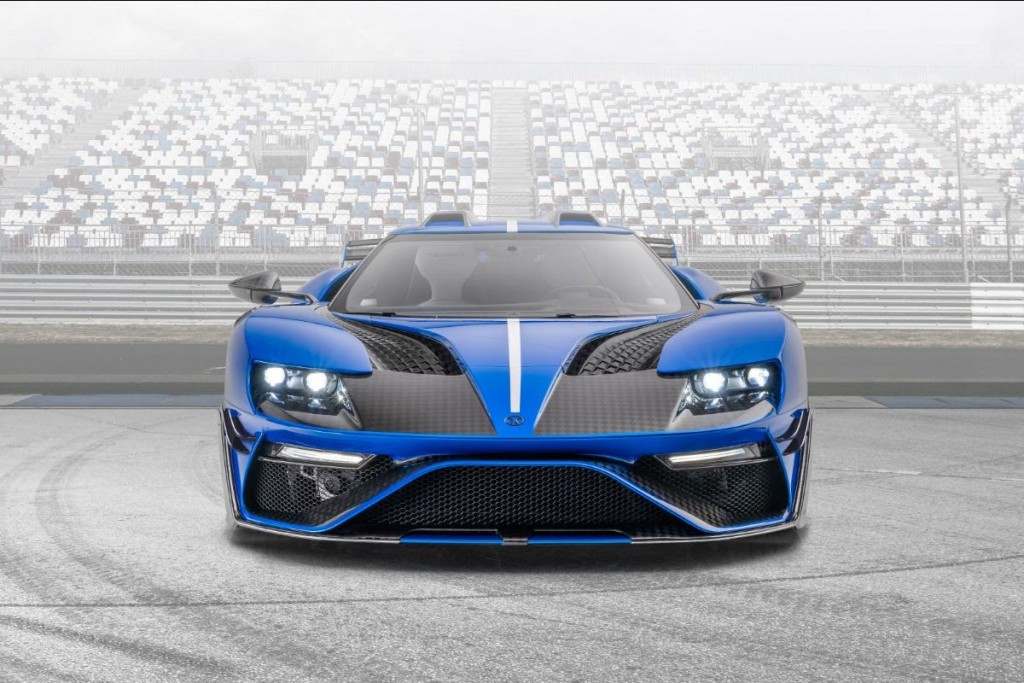 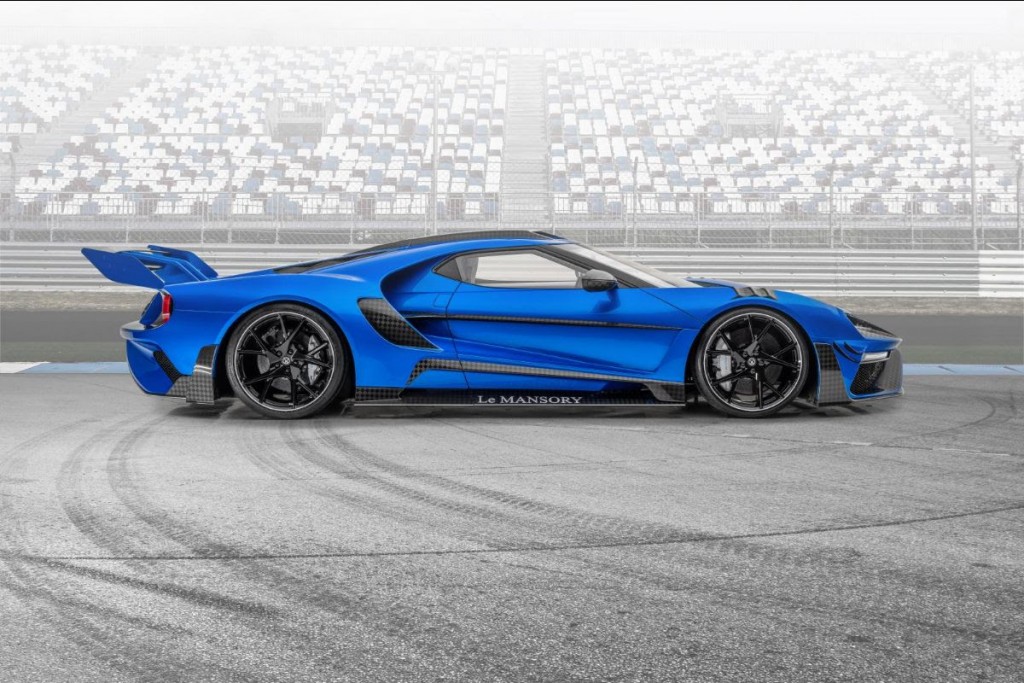 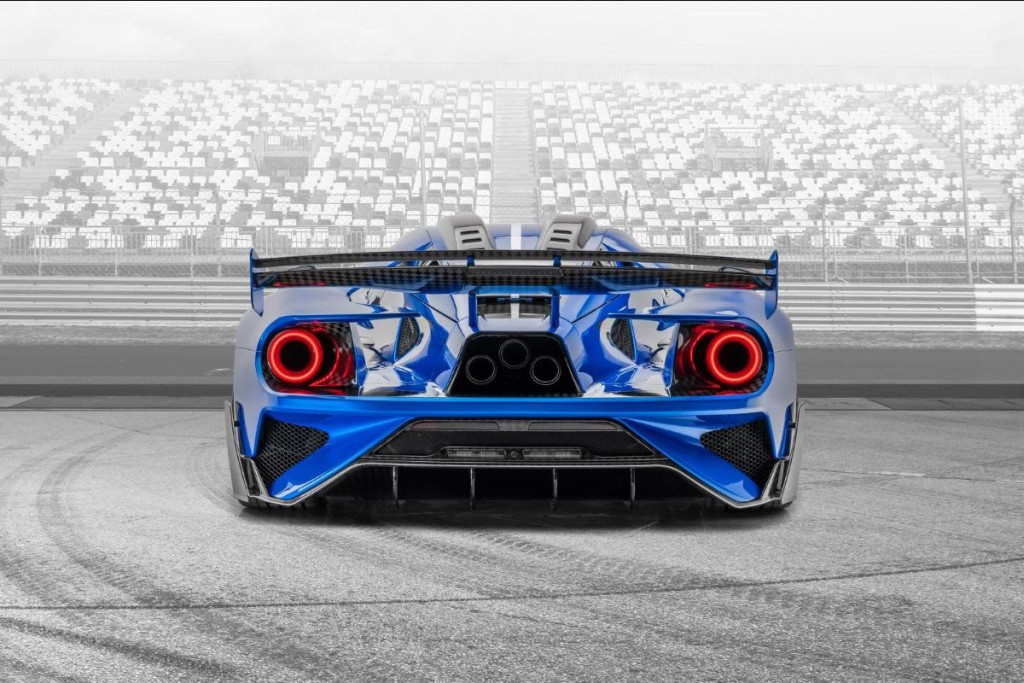 The “Le MANSORY” shows why MANSORY builds are the worldwide standard in complete vehicle conversions and also distinguish and separate the MANSORY brand from all other competitors for the last 30 years.

The “Le MANSORY” conversion to the Ford GT begins by adding 5 cm to the width of the vehicle, all done with completely new carbon fiber body panels, changing the entire design element of it, but giving the viewer the feeling that perfection has been accomplished.

The extensive modifications to the “Le MANSORY” are not limited just the exterior. Power has been increased to the V6 twin-turbo engine to 710 hp from the base 656 hp, via extensive tuning of the engine management system effortlessly giving the Ford GT a new top speed of 220 mph, utilizing the combination of the carbon aerodynamics and engine management.

The use of MANSORY YN.5 signature lightweight forged monoblock wheels in 21×9″ (front) and 21×12″ (rear) with high-performance “Continental Sport Contact 6” tires round off the exterior, laying the upgraded power to the pavement. 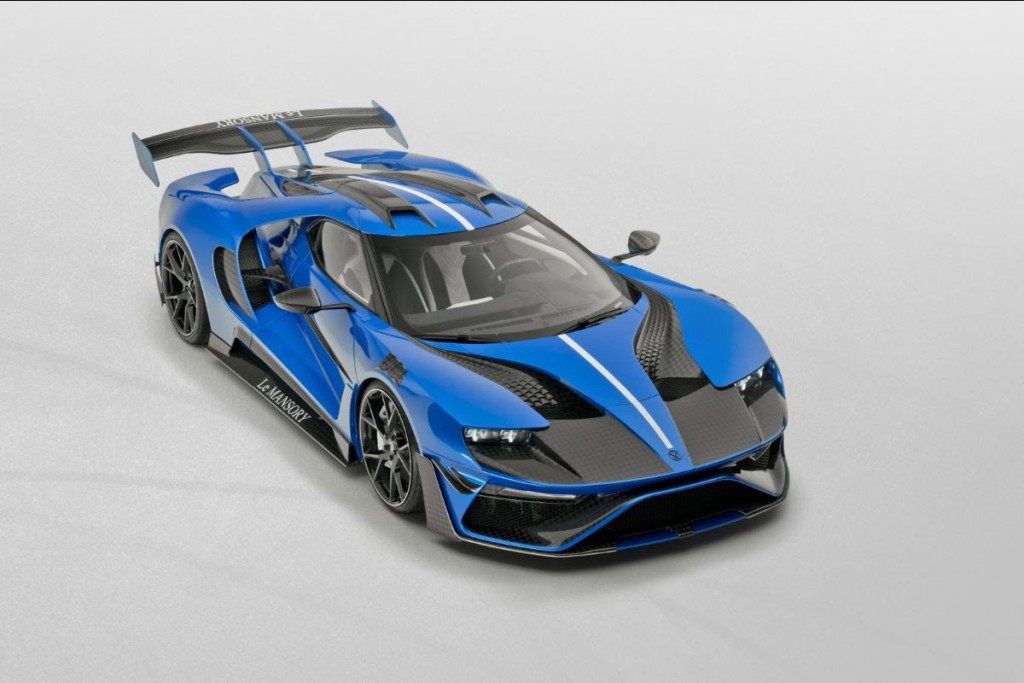 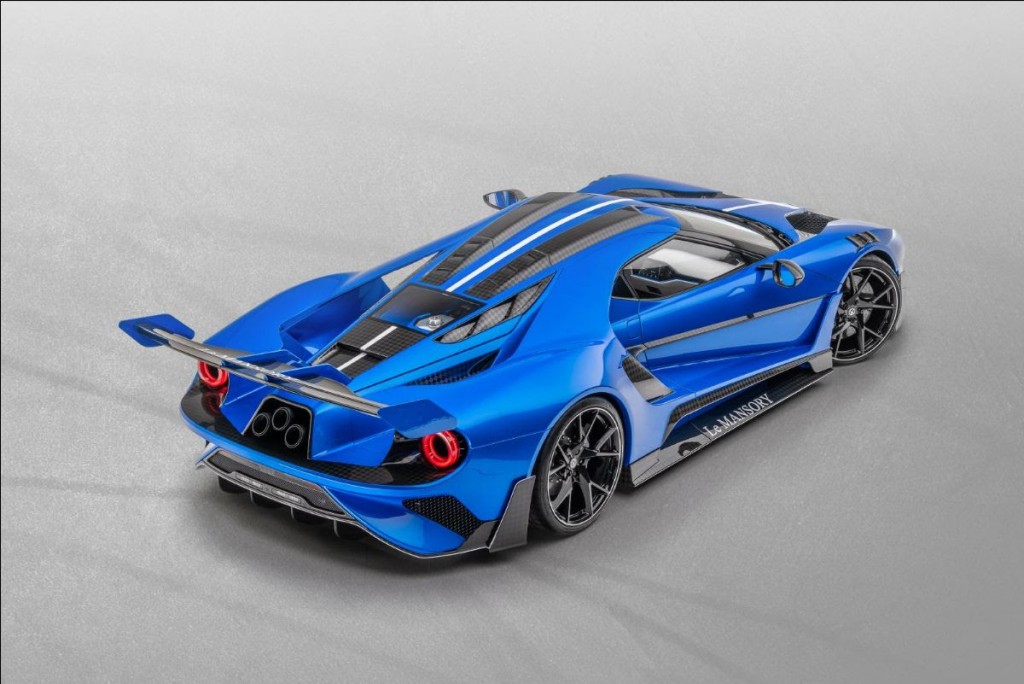 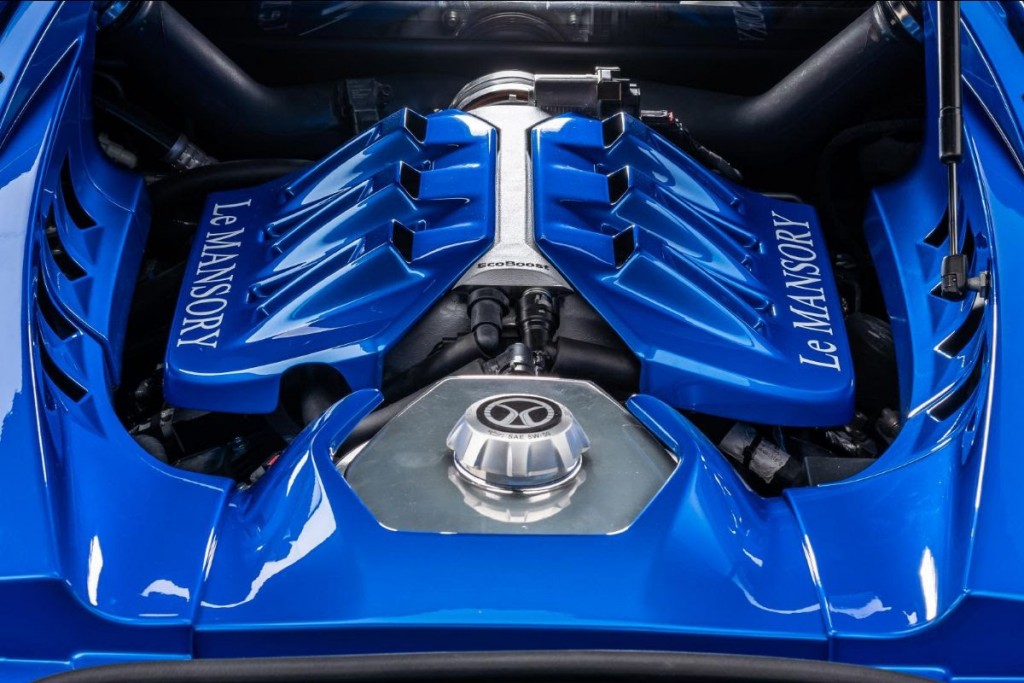 New LED main headlights, which have been developed exclusively for the “Le MANSORY”, are a highlight of the build. This lighting system, which is divided into four individual headlights, gives the “Le MANSORY” a completely new look, distinguishing the “Le MANSORY” from standard Ford GT models. With the new headlamps comes an entirely remapped front end, highlighting larger air inlets, giving the Ford GT and entirely new look that is truly different.

The “Le MANSORY” is limited to 3 units worldwide. 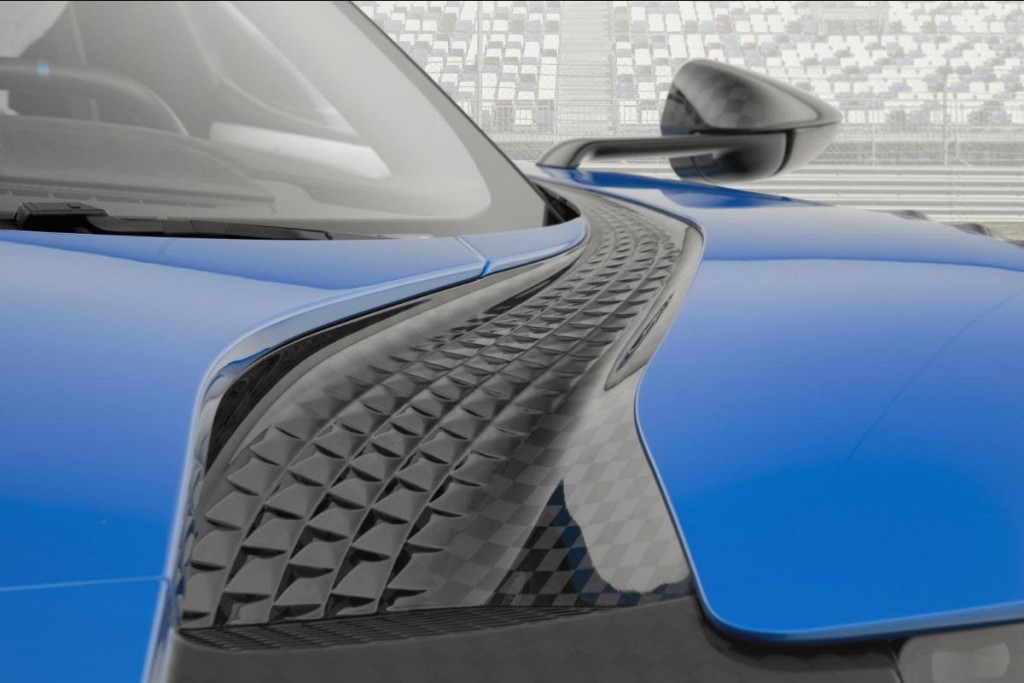 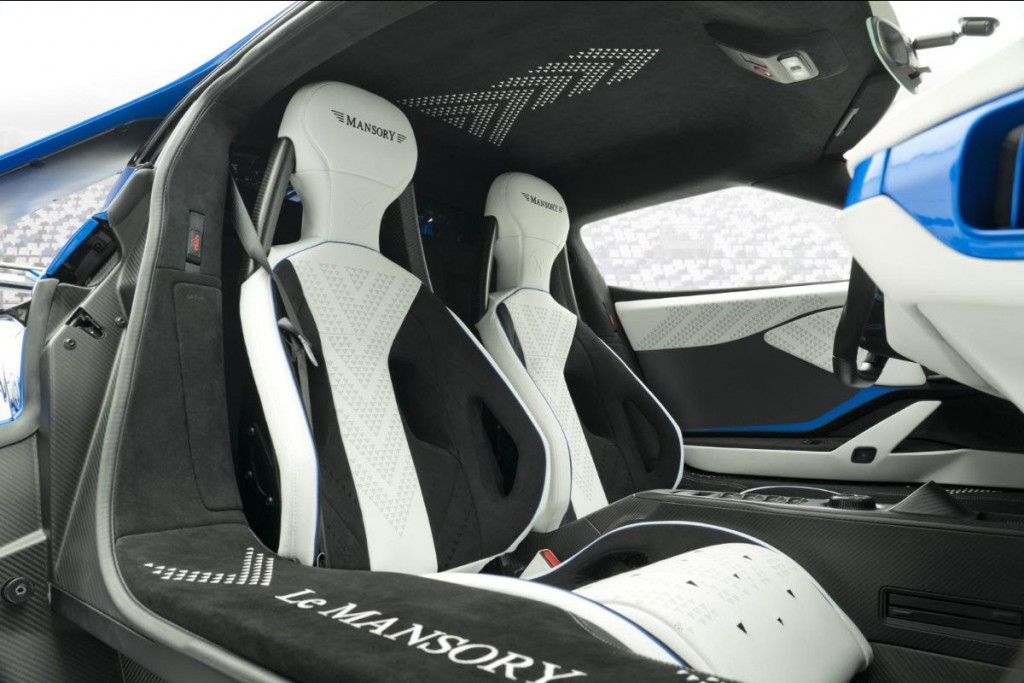 This complete vehicle conversion from MANSORY
is based on a Ford GT.

For further information about this vehicle and all MANSORY refinement programs: