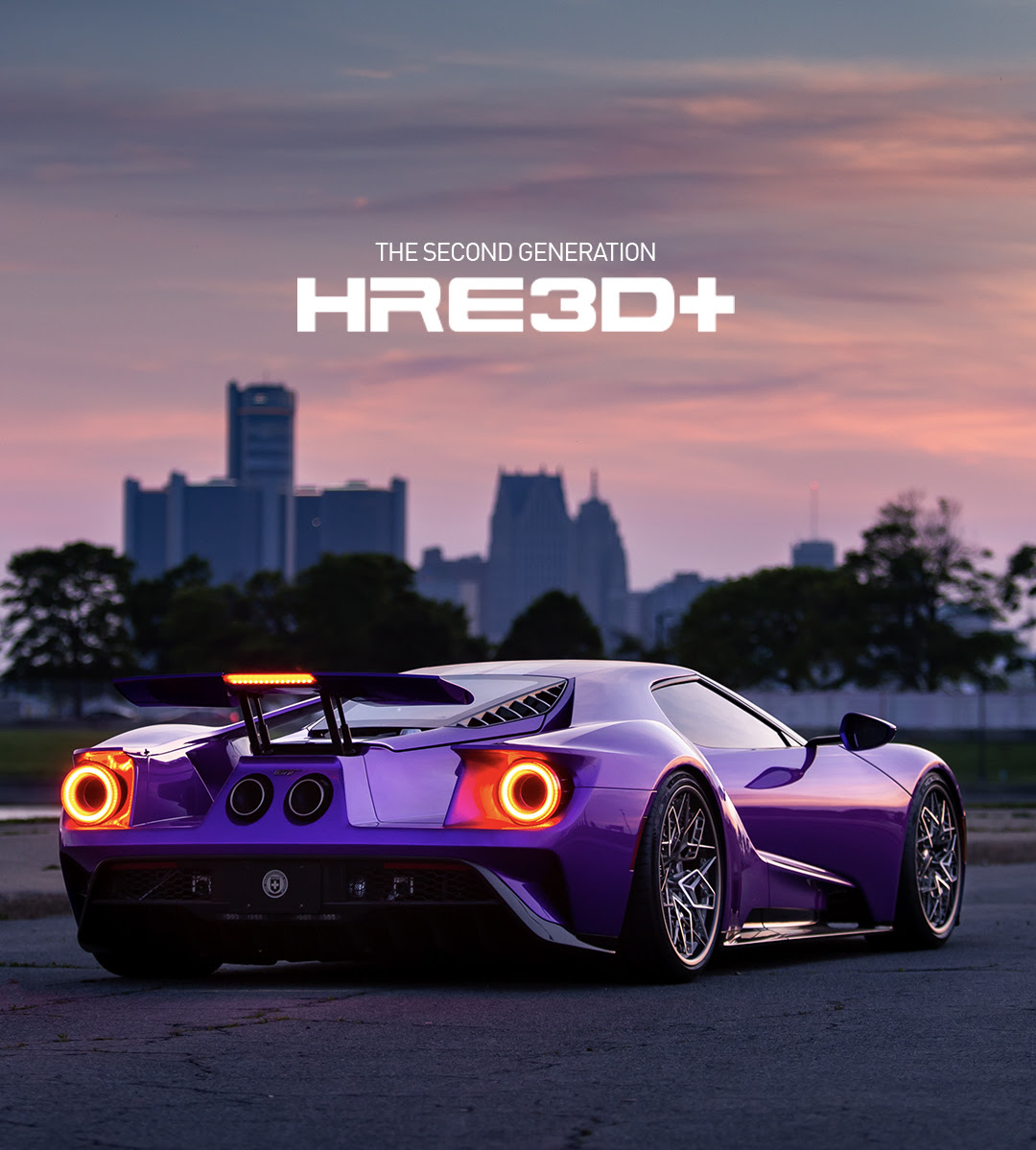 HRE Wheels has announced the release of a newly revised version of its revolutionary HRE3D+ titanium wheel made using additive manufacturing. To improve the HRE3D+ concept, HRE has again teamed up with GE Additive to utilize the brand’s 3D-printed multiple additive manufacturing systems, including Direct Metal Laser Melting (DMLM). 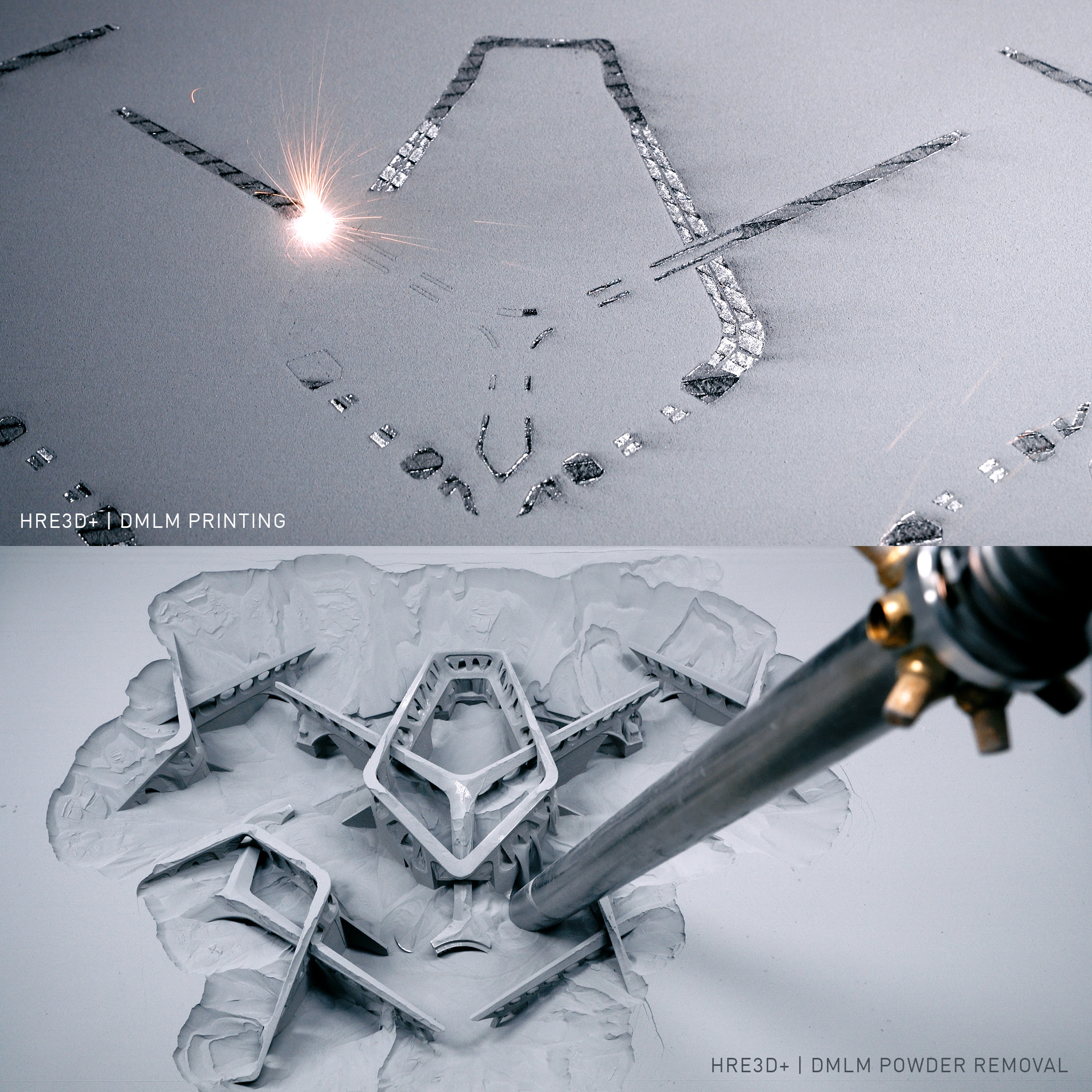 Through its brand partnership with GE Additive, HRE gained access to two unique 3D printing manufacturing systems for the second generation of the HRE3D+. The first of these, Direct Metal Laser Melting (DMLM), utilizes laser technology to melt ultra-fine layers of titanium powder on top of each other to gradually build complex forms with extremely fine detail.

The second process, known as Electron Beam Melting (EBM), is a refinement of the process used to create the first HRE HRE3D+ and uses a beam of electrons to heat and fuse raw metal materials in a vacuum. 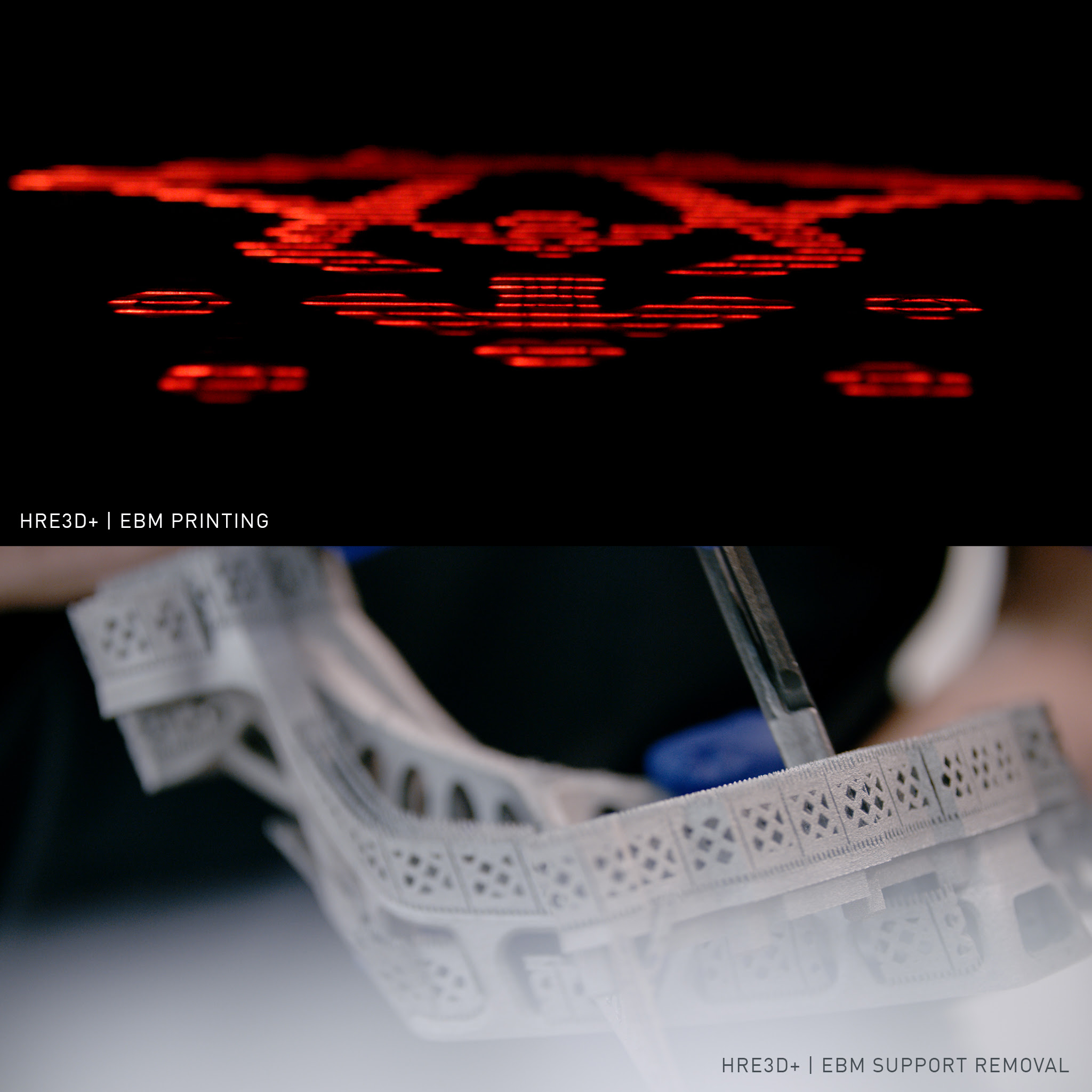 In addition to a new and futuristic design impossible to create with traditional manufacturing systems, the revised second-generation HRE3D+ revolutionizes the wheel manufacturing process by reducing overall materials waste in the process from 80 percent to five percent of raw titanium material by weight. 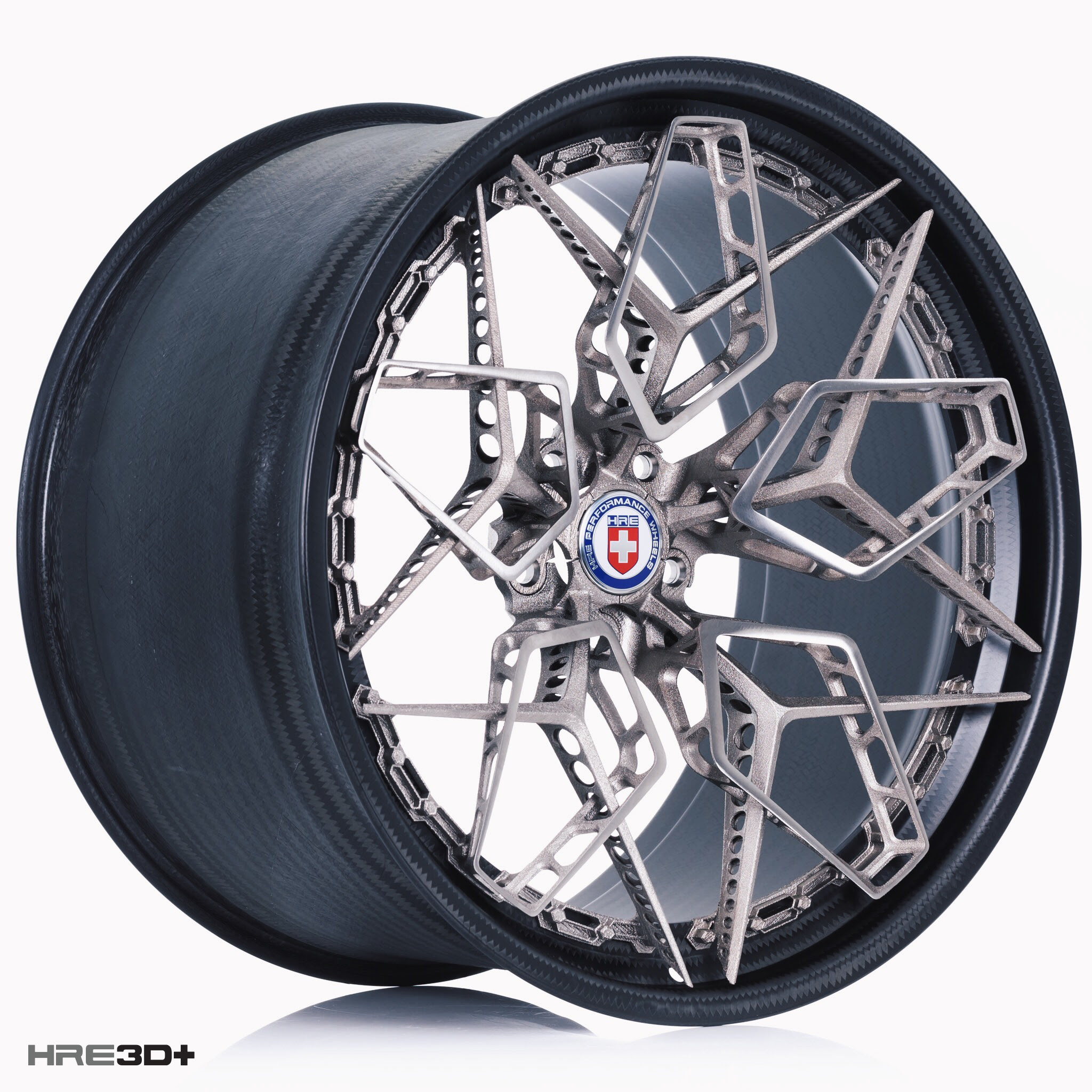 Not only has material weight been saved in the manufacturing process, but the finished HRE3D+ wheel is also significantly lighter than ever before possible. 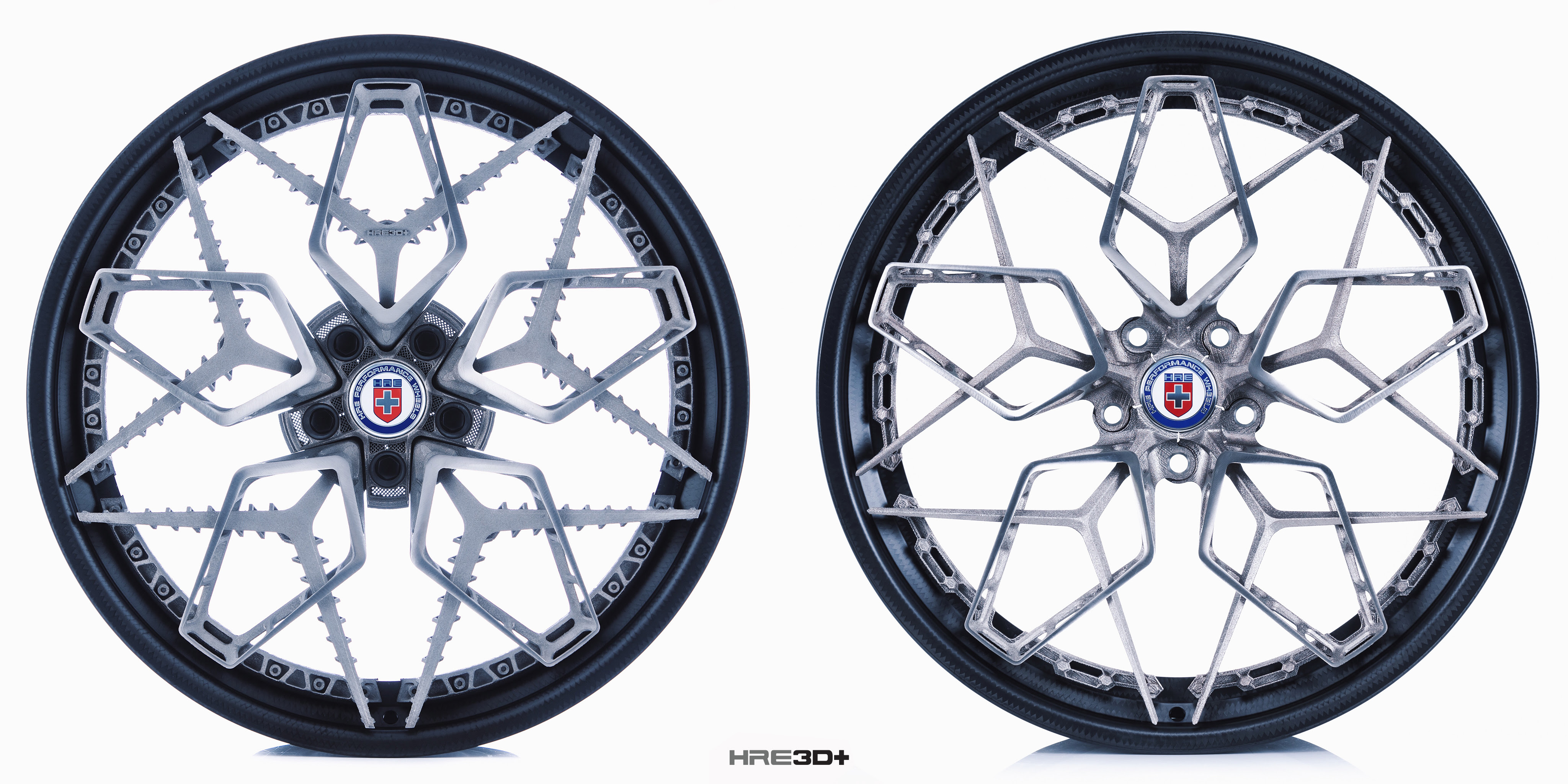 For example, the 20 and 21-inch wheels of the first- generation HRE3D+ weighed 20 and 23 pounds respectively, while the more advanced design of the second generation allows for a total wheel weight of only 16 and 19 pounds for the same size wheels, again mated to a carbon fiber barrel. 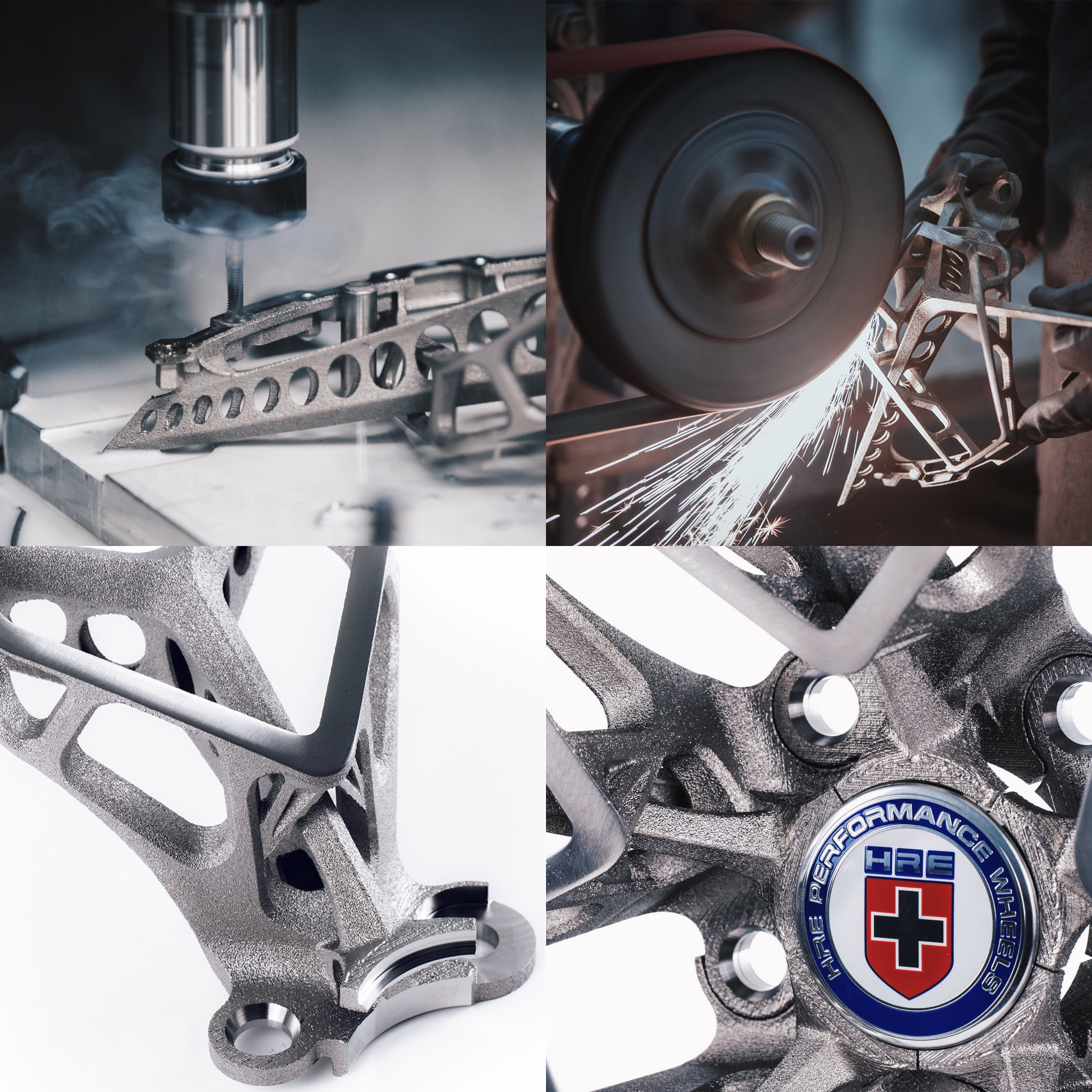 The first HRE3D+ concept is comprised of 6 parts, including a center cap and lug seat section holding the spokes against the vehicle. HRE further reduced weight for the second generation by redesigning the center area to reduce the part count to 5 printed sections. 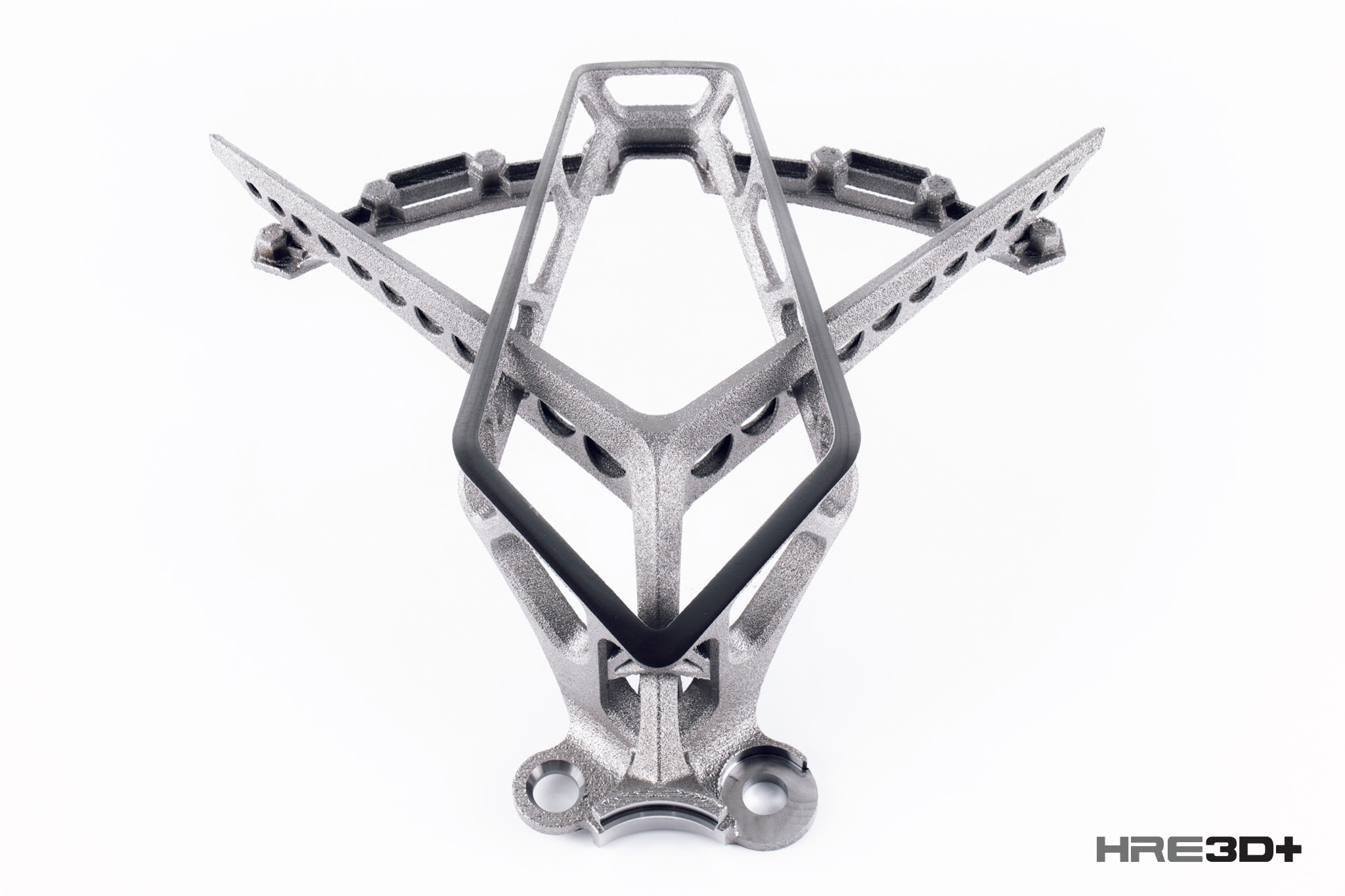 HRE’s experience with these cutting-edge technologies in the development of the second-generation HRE3D+ has prompted significant refinements in the technique, opening up exciting possibilities for future advancement, including the additive manufacturing of one-piece wheel centers. 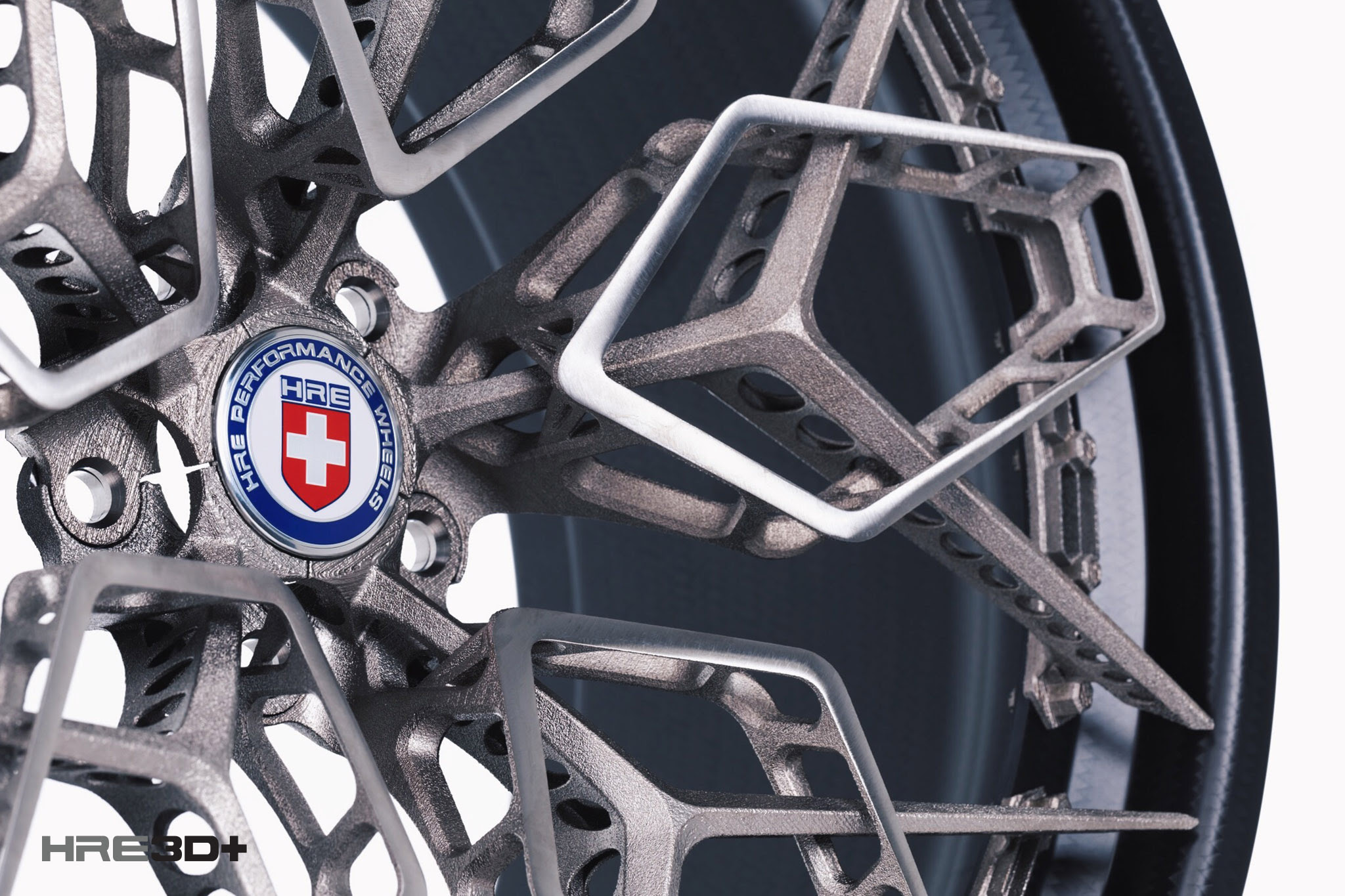 “We’re proud to be breaking new ground in wheel manufacturing with the updated HRE3D+ wheels,” said HRE President/CEO Alan Peltier. “Working with GE Additive has given us access to some truly cutting-edge technology, and we’re exploring the future of wheel technology together with tools that will continue to evolve over the next few years. We can’t wait to see what we’re able to accomplish next.”

HRE will debut the second generation of the HRE3D+ wheel on a 2019 Ford GT in GE Additive’s booth at RAPID + TCT 2019, North America’s largest and most influential additive manufacturing trade show, at Cobo Center in Detroit from May 21-23, 2019. 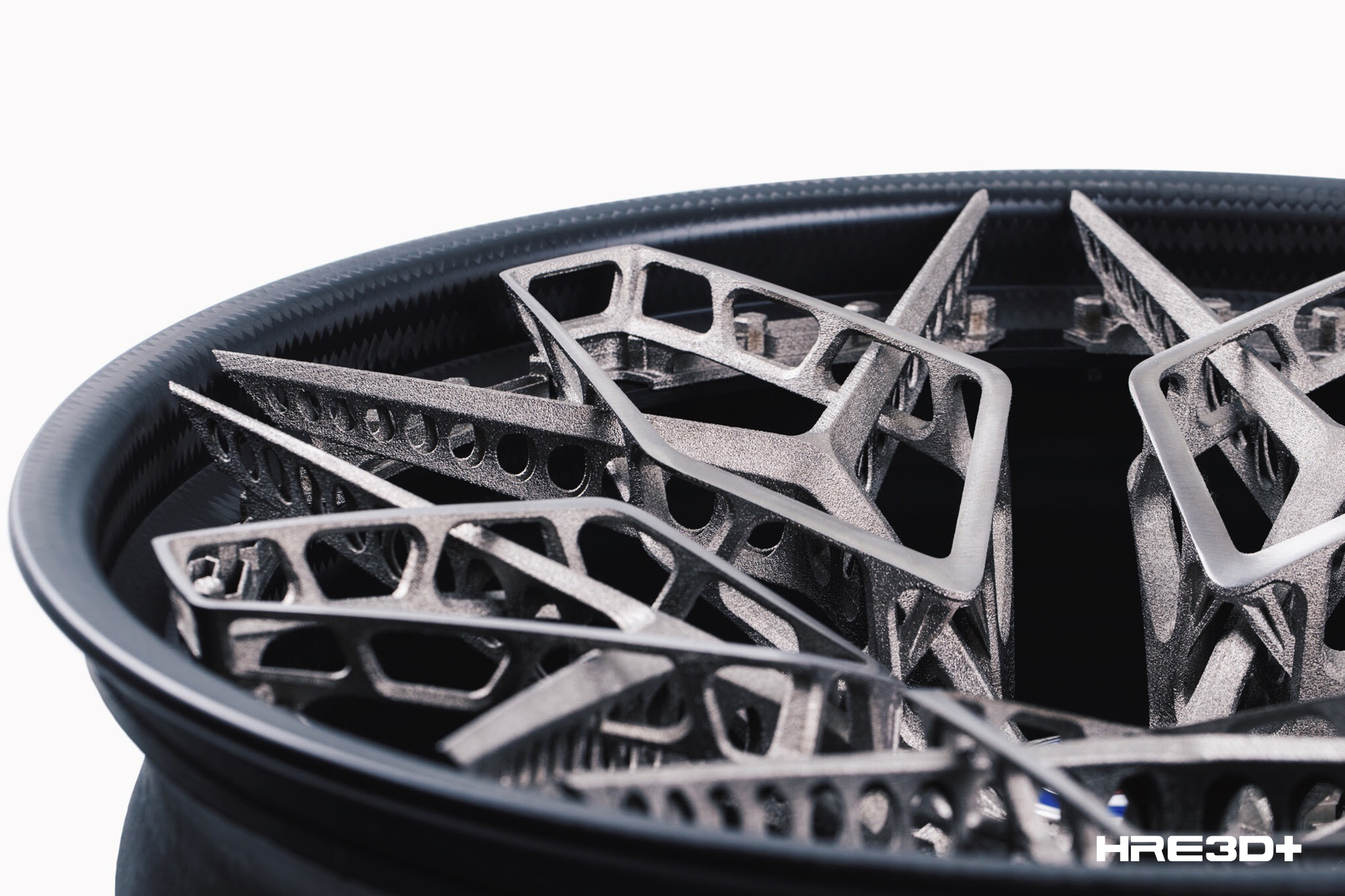 For more information about the HRE3D+ project, click HERE.